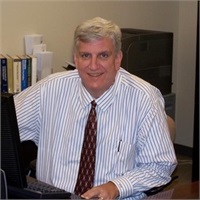 Mike has been in the financial services industry his entire career, which began in 1982 with SouthTrust Bank as a commercial lender. He merged his practice with Jim Nix in 1994, and they have been business partners ever since.

Mike has held his Alabama insurance license for over 15 years. He received his bachelor’s degree in business administration from Birmingham Southern College in 1982 and his MBA from Samford University in 1989.

Mike and his wife, Debbie, live in Vestavia and have three children. He is an active member of All Saints Episcopal Church. He enjoys spending time with family and friends as well as golf, tennis and yard work.